By Susan Brinkmann, OCDS Staff Journalist A team of researchers at the University of California San Francisco (UCSF) released a study last week that found evidence that the constant distraction of smart phones and social networks like Twitter can hinder long-term memory and mental performance. 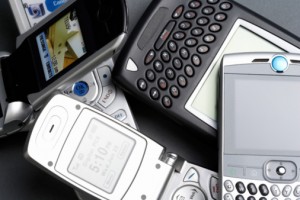 The San Francisco Chronicle is reporting that the UCSF team found further evidence that constantly checking for e-mails, tweets, chats, and status updates causes distractions that are not good for the brain. Their findings confirmed those of a 2009 study at Stanford University which found that persistent multi-taskers actually performed worse on tests that required them to jump from task to task. It seemed that Twitter and iPhone addicts were more easily distracted by irrelevant information that was thrown at them during the evaluations. These results suggest that continual multitasking may impair the filter that prevents the brain from flitting from one thing to another, which makes it all the more difficult for hard-core users to resist these temptations. Some psychiatrists are concerned that people are beginning to demonstrate addict-like behavior when it comes to technology, unable to ignore its pull, even when it negatively affects them, The Chronicle reports. "The best way to define it is in terms of the offline consequences," said Dr. Elias Aboujaoude, director of Stanford's Impulse Control Disorders Clinic and author of the new book Virtually You. "Are we suffering in terms of our cognition and attention spans because of all the time we spend online? Is our professional life negatively impacted because of all the nonessential Internet surfing we do at work?" Too often, the answer is yes, he says. Many members of the "constantly connected" crowd complain about lacking the the attention span and focus they once had. For instance, it suddenly seems harder to get through a book, movie, or conversation without feeling the need to check for updates, voicemails and tweets. The Chronicle interviewed Tiffany Woolf, a part-time publicist in San Francisco, who suspects she may be addicted to her iPhone. She finds herself constantly reaching for her phone to check e-mails or snap photos to instantly upload to Facebook even when spending time with her son.  "I'm trying to figure out why, and how to curb it, because it's not necessary and it takes away from being in the moment," she said. She decided to turn her phone off on Saturdays and tries to limit herself to five checks a day when she's not working. Scientists say the days of techno-gorging may soon be coming to an end as there is enough evidence now to warn people to begin to institute some moderation on the use of modern technology in their daily lives. Adam Gazzaley, director of the Neuroscience Imaging Center at UCSF and one of the authors of the new National Academy of Science paper told The Chronicle when he's working on an important task, he shuts the door, flips his phone to airplane mode, logs off e-mail and buckles down. "I listen to what my research shows," he said. "My quality will be better if I engage." © All Rights Reserved, Living His Life Abundantly®/Women of Grace®  http://www.womenofgrace.com