by Susan Brinkmann, OCDS Staff Journalist In response to the many U.S. dioceses that are facing severe financial pressure as a result of the sex abuse crisis, and are now being forced to close parishes, the Congregation for the Clergy is working on a document that will provide guidelines for the closing or merging of parishes. 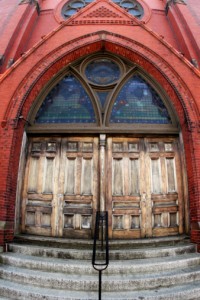 Vatican Insider is reporting that the document, which may be released as soon as this fall, will guide bishops in dioceses strained by the sex-abuse scandal who feel the need to close or merge parishes. Fearing that these economic problems could lead to repercussions on religious life and even on maintaining basic living conditions for priests, the new document will provide guidelines on how the U.S. Bishops' Conference, and each individual diocese, must act to rebuild its presence in their area.   The announcement also comes in the wake of several cases where the Vatican has ruled against the closing of several American parishes. One example took place recently in Cleveland where the Holy See launched an investigation into what caused Bishop Ordinary Gerard Lennon to cut or merge 52 out of 224 parishes in the diocese. Lennon has been asked to stop the cuts until the investigation is complete. Recent Vatican intervention to prevent closures has also occurred recently in the dioceses of Springfield (Massachusetts),  Allentown (Pennsylvania)  and Buffalo (New York) where bishops have been ordered to leave church buildings open for religious uses because the bishops failed to show the necessity for closure. These cases are rare, but happening more frequently in recent years since the sex abuse crisis has stripped so many dioceses of funds and a vocation crisis has left them short of priests. Even though Canon Law gives bishops the authority to allocate resources in their dioceses, Vatican tribunals are increasingly more prone to insist that churches should remain open as sites of worship whenever possible. "A diocese in difficulty does well to reduce the number of parishes, but must maintain churches and chapels where they exist, perhaps entrusting the care to families of the faithful who are willing to look after them and keep them open. Then on Sundays it is easy to send a priest to celebrate Mass," writes Vatican Insider. "This solution would take into account various factors, the first being the singular issue of distances, which in the United States are so large. Outright closure of places of worship often obliges the faithful of the parish to take long journeys to participate in the holy Sunday service." A second problem that the document will address is the sale of, and management changes, at Catholic hospitals. "The first recommendation is to preserve an ethical perspective in the case of a change in management," Vatican Insider reports. "If this is not possible, then one can sell, but must anyway favour organizations and institutions that are ethically sound." The document will also address concern about the consequences of the enormous monetary damages being paid out to abuse victims by some dioceses which is threatening their ability to provide pensions and healthcare assistance to aging priests. The document is expected to advise bishops on how to create a "safety net" for these vulnerable populations. © All Rights Reserved, Living His Life Abundantly®/Women of Grace®  http://www.womenofgrace.com