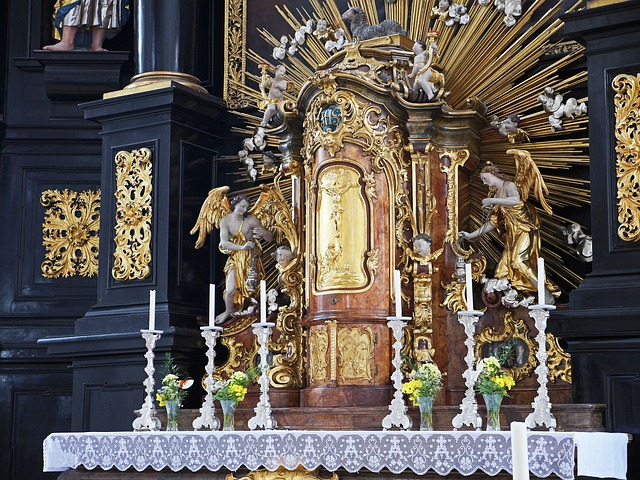 For the third time in less than a year, a tabernacle containing the Blessed Sacrament was stolen from a Catholic Church, this time in Boone, North Carolina.

According to the website of St. Elizabeth of the Hill Country Catholic Church, the theft of the tabernacle took place sometime after 9:00 p.m. on Tuesday evening, June 16. The person(s) who took the tabernacle is believed to have entered through a window and did not cause any other damage.

“We pray that the hearts of those responsible may be moved to return the tabernacle to us, but most especially the Blessed Sacrament. Please pray and offer reparation for the desecration of the church and the theft of the Blessed Sacrament,” said a message posted on the website.

Before Mass can resume in the church, official prayers and acts of reparation will have to be offered and the parish is currently in contact with the bishop about the details of these procedures.

Boone police are investigating the crime.

Sadly, this is third time in less than a year that a tabernacle containing the Blessed Sacrament has been stolen from a Catholic Church in the U.S.

A similar incident occurred in Horizon, Texas on October 28, 2019 when thieves broke into Holy Spirit Catholic Church and stole several thousand dollars worth of property, including the tabernacle with its priceless contents of consecrated hosts.

“The desecration of the greatest gift possessed by the Church, the Most Blessed Sacrament, is a very serious matter,” said Father Jose Morales, pastor of the parish. “The indifference of the world towards God in the … Most Blessed Sacrament needs to be overcome with the devotion, love and the holiness of His children.”

Two months later, on December 18, 2019, a tabernacle containing the Blessed Sacrament was stolen from the convent chapel at Holy Rosary Parish in Tacoma, Washington. The tabernacle had been bolted down with a large screw that was found lying on the floor of the chapel. Muddy footprints were found in the kitchen but nothing else was disturbed, not even the flowers that sat on either side of the tabernacle.

In two of these cases, the tabernacle appeared to be the object of the theft, which suggests the thieves may have been after more than just what appeared to be an expensive vessel. Consecrated hosts are sought after by Satanists and are profaned in rituals such as the Black Mass.

In 2014, a spokesman for a satanic group responsible for hosting a Black Mass in Oklahoma city, explained: “The whole basis of the [satanic] mass is that we take the consecrated host and give it a blessing or offering to Satan. We’re censoring it, doing all things that’s [sic] normally done to bless a sacrifice, which is obviously the host body of Christ. Then we’re taking that and we’re reconsecrating it, or the Devil does …”

Others take the tabernacles and have no regard for the Blessed Sacrament which is simply thrown away and the ciborium sold.

The pastor of St. Elizabeth’s parish is asking the faithful to pray for the safe return of the Boone tabernacle and its sacred contents and has suggested the Novena of the Seven Penitential Pslams for this purpose. You can find the prayers here.

Let us join him praying for an end to the profanation of the Blessed Sacrament!