By Susan Brinkmann, OCDS Staff Journalist As lawmakers head back to the Capitol this week for an epic budget battle that could end with the defunding of abortion giant Planned Parenthood, a flood of pro-life and pro-family bills are already sweeping through state houses as newly elected conservatives begin to take action. 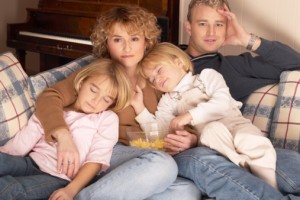 The Family Research Council (FRC) has published a list of an avalanche of pro-life bills that are being enacted across the country as a result of the "perfect storm" of conservative governors and lawmakers who were swept into office in 2010. The list includes: • A bill in Illinois that would tighten reporting requirements for sexual abuse which is being aggressively fought by Planned Parenthood. • In Utah, Gov. Gary Herbert is poised to sign a bill that would make his state the sixth since the passage of ObamaCare to block insurance plans from paying for abortions. (A similar bill in Minnesota just passed out of committee last week and could make it the seventh state to enact the same restrictions.) • The House in Oklahoma voted 86-8 to criminally charge people who destroy embryos for research or any other purpose. • The grisly discoveries in a West Philadelphia abortion clinic owned by Kermit Gosnell was the inspiration behind a bill being considered in Maryland that would force abortion clinics to comply with the same safety standards imposed on other surgical facillities in the state - a requirement that pro-abortion groups routinely fight because of the costs involved in compliance. A similar bill just became law in Virginia. • The state of West Virginia currently has 30 pro-life bills up for consideration, with Florida coming in second with 18 bills being proposed for everything from mandatory ultra-sounds to taxpayer funded abortion bans. • At present, 17 states are considering bills that will ban abortion after the 20th or 21st week of pregnancies, when babies feel pain. • There's been a major surge in legislation across America to ban abortion after the 20th or 21st week of pregnancy, when babies feel pain. • South Dakota now has the longest abortion waiting period in the country which requires women to wait three days before ending their pregnancy. • Ohio's legislature is currently considering a bill that will close a loophole in the law that allows minors to bypass the parental consent process on abortion. The family is also getting a boost in support from conservative legislatures across the country. The FRC lists the following bills up for consideration in state houses across the country: • Conservatives in the state of Rhode Island are countering a number of same-sex marriage bills up for consideration in the state by pushing a bill that would leave the matter up to voters. • A Colorado bill that pushed the state one step closer to approving a civil unions law that would give homosexuals the same rights as married couples could be stopped in the House where Republicans hold a one-vote majority. • A marriage protection amendment may finally see the light of the day in the state of Indiana where the Senate president has been stalling the bill for years. The Senate Judiciary Committee voted to bring the measure before the full Senate. It already passed overwhelming in the House earlier this year. • In spite of President Obama's announced refusal to support the Defense of Marriage Act (DOMA), legislators in the state of Missouri have issued a formal resolution supporting the federal marriage law. Meanwhile, lawmakers are returning to the Capitol this week to confront a contentious battle over passage of the 2011 budget that includes amendments stripping Planned Parenthood of all federal funding. Both sides have dug in their heels, with Senate Majority Leader Harry Reid (D-NV) refusing to allow a vote on any budget that includes the funding ban, and pro-life lawmakers insisting that Planned Parenthood funding must be stopped. At stake is a government shutdown that could prove politically costly to both sides. © All Rights Reserved, Living His Life Abundantly®/Women of Grace®  http://www.womenofgrace.com